Everyone say it together: "Are You Listening?"

Earlier this year I dialed back the text content on the blog because I've been working on putting something together for a few months now, and on this, the six year anniversary of when people on the internet noticed me standing in a crowd at a show, it's a good time to announce it. This has been a long time coming.

We, as in, me and you. Probably not all of you since that would sound like crap with a few hundred people talking all at once. But I fully intend to have a variety of people included as it goes along. Yes, it's Hanson-centric. No, it's not going to have to be 100% about what we like and don't like about Hanson's music all the time, since we'd run out of material after a few shows.

I've been busy getting equipment together and talking to a few people about some ideas for it. My goal here isn't to just have something that's recorded on a cell phone and posted online. I want this to sound as good as possible, when possible.

I've got plenty of ideas that will be revealed later on. For now I'll say that I hope to record the first episode while we're actually in Tulsa for H-Day in a few weeks, most likely discussing what's happening that weekend and any news that pops up during the State of the Band assembly. But I plan on going in a bunch of different directions from there.

This is long overdue, there are enough of us in the fanbase with a common interest to make this worth our while. Should be fun stuff.

More info to come soon. Name, schedule, how you can get involved, and plenty more. Have more plans for this blog as well. 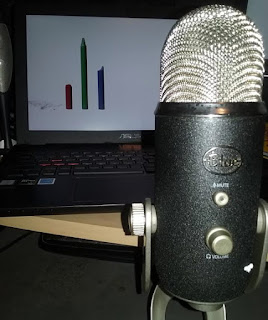