"Roots Bloody Roots" - The Conclusion of the RNR Tour 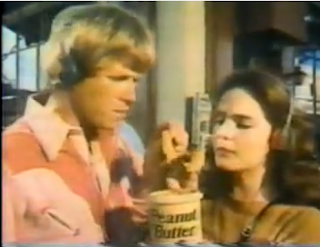 This is a rather disjointed post, but wanted to put something together, mostly regarding the "cover night" of the tour that just wrapped up.

It was kind of a relief in Chicago a few weeks ago when 3 or 4 songs into night 1 they rolled into "I've Got Soul." Not that I'm a massive fan of the song (on the album anyway...it's pretty good live), but I honestly wasn't too hot on the idea of nothing but covers for 2 hours. After witnessing it twice, the cover night experiment came off well enough in execution, but I really would have liked a few more things that caught me off guard.

The only legit surprise of the night 1 sets has been the Billy Joel stuff, which was really well done ("Movin Out" = 5 stars). There were things here and there that were new ("Chain of Fools") but weren't exactly shocking to hear them play. In some cases they could have pleasantly surprised people with stuff they have played before but haven't revisited in years - most notably Optimistic, which I heard more than a few people talking about before the show started.

Before the show started in Chicago, I heard a few things on the PA that made me think about how floored I would have been to hear them play something like Faith No More's "Midlife Crisis." I know a song like that may not have even been within a million miles of the discussion because it does not actually fall into what Hanson's "roots" are, but it's not so much that song specifically that I'm looking for. Rather, the idea of hitting us with something completely out of nowhere. I don't buy that the only "unexpected" things Hanson has been influenced by in the last 20-25 years are a Radiohead song that they aren't actually performing on this tour, a radio-friendly Darkness song, and a forgettable Ed Sheeran song.

On the other side of the spectrum, something that wouldn't have been a surprise at all but would have generated probably the biggest response I've ever heard at a Hanson show would have been them opening with the Albertane-era medley they used to open shows back then. What's worse is they sort of tease it by doing a portion of it during the opening. I know doing the most obvious thing isn't always the right answer, but there's really nothing that can convince me that it wouldn't have been the right move here.

As someone who more often than not goes to the Chicago shows, I'm at least kind of used to having back to back shows in the same location. I have to say that, despite the low number of cities they played on this tour, it was nice to get to see two shows at a time with no travel required in a location that wasn't Chicago. Chicago the city is ok, but that venue has never been a favorite (despite it being what essentially introduced me to the Hanson world via DVD 12 years ago). Too many people packed in, and an awkward location. Despite also being a House of Blues, Dallas was a better experience. Full but not packed, and the biggest "fan reunion" I've seen in years. It seemed like nearly everyone was there.

It's definitely going to be rough going back to single show cities for next time.

I'm probably coming off as more critical than satisfied with these shows, but I actually liked them. I just think they could have been more. Night 2? Yeah, those shows were awesome. I seem to recall posting about how Roller Coaster Love should be a mainstay in the setlist after Hop Jam...and now it's their closer. Fantastic finisher. Zac making Robert proud on that Zeppelin stuff, boy.

...oh, and the afterparty stuff? It was ok, but a pale imitation of what we get in May. Go to MOE next year for the real deal.


Blog title taken from Sepultura - Roots Bloody Roots
I pray
We don't need to change
Our ways to be saved
Posted by TBG at 7:05 PM 2 comments: